What animal is all alone here? Clue in comments later if needed. 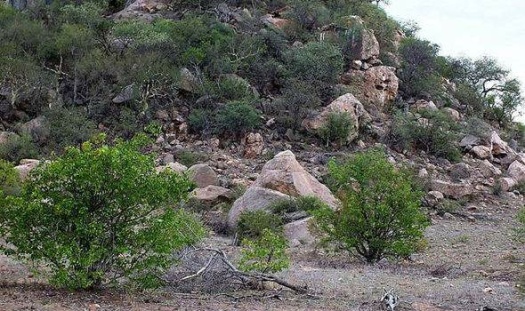 Created by marion196 Published 3 July 2022
Why this advertisement?

Well I see something just above center, can't make it out though.

It's a long shot, but on the far right, lying on a bluff (there's about 3/4 inch of tree, then sky above it) is a tawny colored big cat -- I think.

I'm telling everyone right now.....I'm going to re-post this photo tomorrow with the enlarged photo of what's there. Then, you can just scroll down to today's photo and see what you're really looking at.

@JayneH - distance shot means the photographer took the shot from quite a distance, even though he saw it and decided to enlarge the photo later.

I've got 2 possibles, but the image is too blurry when I zoom in.

What does 'distance' shot but don't enlarge too much mean - it'll be too blury? The animal I see (among other small kinds) is either a wolf/canine or female lion/feline. Can't tell which due to distance, :-)

I only caption what the photo says, and this one said, "What animal do you see out here all by itself?" I'm sure there's a bunch of critters our eyes can see with all the shapes in this picture. I think tomorrow I'm going to repost this with the enlarged photo, and you'll definitely be able to see the one from today after you see the answer. Or, would you all just like me to tell you what and where it is? The only problem with that is it's a "distance" photo, so you can't enlarge your puzzle too big. Let me know, folks.

I read it, Marion, but you might have missed one. Besides aren't two as a couple to become as one? LOL

A cream-colored canine or feline with black nose?

@ringleader...did you read the caption? Only one animal in this maize...LOL!

How about a pair of skunks - about in the center among the bushes. ☺ Thanks, Marion.

If you start enlarging the photo, you may see him, but it's a distance shot. The circled answer photo shows you a real closeup of it, and once you see it, then you'll definitely see the one you're looking at today. This is a bit tougher than yesterday's photo. Sorry.

I think I see some kind of big cat looking at me, but I also kind of think it is my mind playing tricks on me. I'll come back later and see what others say.

Is that a kitty?