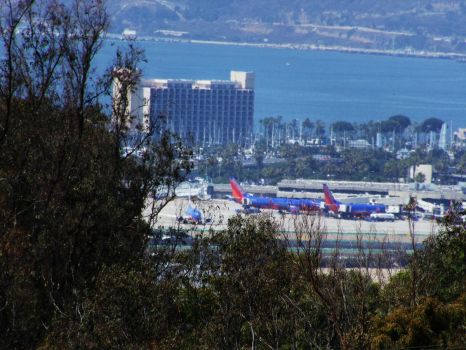 Created by mpilnadyful Published 24 September 2013
Why this advertisement?

It's been quite awhile ago now but you're right, a plane did hit a high rise. The airport is really cramped for space but the "powers that be" refuse to move it to a much bigger and better location.

Approaching landing, the planes fly very low by Balboa Park. There's an outdoor theater in the area and as a plane comes in, the performers freeze for a minute and then go on with the performance.

The Hotel Del is such a wonderful place. It will always be a San Diego landmark. How very nice that you had special access to all its beauty and history.

When we flew out of there it had the shortest runway in North America...and I believe they had a plane crash into some houses around that time. We had a three hour delay in a NON-air conditioned room in August...with one small drink as I recall...but we loved San Diego. My husband's cousin was the General Manager of the Hotel del Coronado at the time. :)

COME ON DOWN!!!!! This airport is #10 in a documentary of the ten worst airports in the world --- but it is safe. I do love Vancouver too - it's so spectacular, but the weather is warmer here.