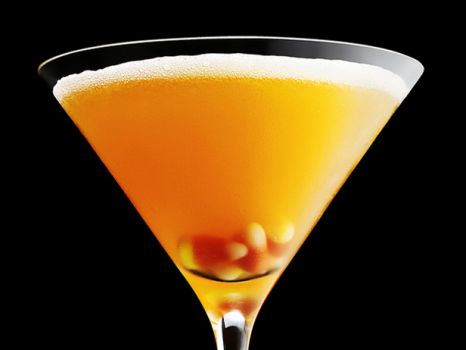 Created by texasstar7 Published 1 November 2012
Why this advertisement?

Loved the story david! Too funny!

Ha, ha! I've seen folks do that but have never tried it. Bet they had a great service after dessert!

It reminds me of a story I just heard. Years ago, people from our church used to have an annual beach-side cookout and one man was in charge of the Watermelon - he would drill a hole in one end, pour a good part of a bottle of vodka in, plug it up while the grill got hot. After the meal, they'd cut up the watermelon for dessert. The pastor at the time was a tee-totaller, and when he got a plate of the watermelon he couldn't help remarking that it was just the finest watermelon he'd ever had!

Man after reading these....I had to go pour a glass of wine!

Or Wine coolers with fruit! Delish.

That looks really good. Wonder if the corn soaks in the good stuff like fruit does? Yummmmm.

They were served in a small wine glass on the train.

Why would they serve that in a Martini glass? I don't know where she is?

I thought that tu, Morris, but usually they're served in flutes. Whatever, it would hit the spot right now. Maybe take away the aftertaste of Gracie's bru. BTW, where is she? She hasn't been tormenting you tonight.

That's a mimosa, I can see the tiny bubbles. It would take something a lot stronger than Champagne tu kill the taste of the candy corn. You are right tex, just the orange juice.

Mimosas are wonderful. It's orange juice and champagne and I think something else, but maybe not. Yum, very smooth.

I'm not familiar with Mimosas or Tequila Sunrises, but if they look like this I might be tempted to take a sip! :) Pretty puzzle, Sis! Thanks.

Thanks, Mimi! Even though it wasn't my idea, I like it.

What a splendid use for candy corn! You are one smart Texan!

Ha, ha, me either! He wants a stay of execution until Thanksgiving, so that gives us time to load up, yes?

I'm pretty certain we don't have to worry about morris cleaning it up!

Looks like a Mimosa or a tequila sunrise, doesn't it? And I'm with doglover, it doesn't last long around here, the candy or the booze!

Did you say leftover??? Nothing like that would be leftover in my house!!!!

I love candy corn. And I'd love getting to it.

Works for me! Thank you.

wow looks like a coctail to drink sweety, i love it (and you of course)