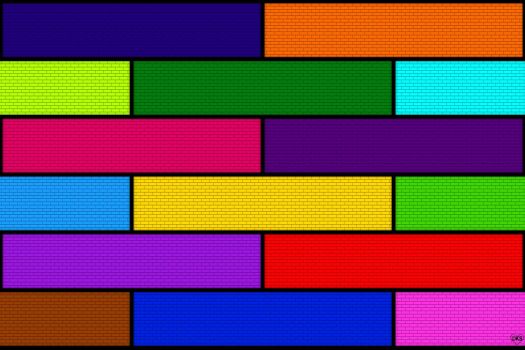 I made all the elements in this puzzle from scratch. I absolutely love making my puzzles, and I hope you love solving them. (❛ᴗ❛)
Created by RandomWorship Published 24 July 2021

Image copyright: © RandomWorship. This image is my intellectual property and must not be edited, reproduced, pinned, shared or modified without my express written permission.

Ah - that will be the "auto solve" feature that I accidentally left on the dark colours! Oopsy! LOL! (❛ᴗ❛)

This was fun to do, Kirsten! I saved the darkest ones for last because they're the hardest for me to see, but then each one just popped into place.

Lovely to read about your childhood memories too, Ann. It sounds wonderful! Your tyres remind me, that my sisters and I would climb into these big cardboard barrels (about the size of a 44 gallon drum) at the top of a hill, and roll down the hill, in the barrel - until we smacked into a fence at the bottom of the hill! It's astounding that we don't have brain damage really! And we always had animals too - dog, cats, horses. (❛ᴗ❛)

Thanks for the great puzzle and for bringing up some good memories when I read the comments. I grew up on a dairy farm so we played outside a lot. I remember helping my brothers build a tree house and riding our sleds down the hill. We would also roll old tires down the hill watching them bounce when they hit a rock. The hard part was rolling the back up the hill so we could send them rolling and bouncing down the hill again. We always had pets, dogs, cats, birds, rabbits and a tank full of fish.

What a fantastic story, Judy! I remember that we used to love to find lizards and frogs, but we didn't catch them and keep them. I also remember that we got quite a few snakes around our house too, specially in summer. Most of our snakes are quite venomous so dangerous, so we would never have caught one. But I do recall mum *locking the front door* one time, when she noticed one curled up on the door mat. She was petrified of snakes. We had to remind her that they can't open doors, so there was no point in locking it. LOL! Which reminds me of a flatmate of an old boyfriend, who on finding a spider in the bathroom, emptied a can of air freshener on it. She couldn't find any insect spray, and I think her terrified addled brain just grabbed *any* can. LOL! (❛ᴗ❛)

Horses sound like a lot of fun! The only pets we had were cats - plus anything wild we could catch and play with, which since we lived in a small city (25,000) was nothing that wild. My sister would catch skinks or horny toads and tether them to her blouse with a scrap of yarn. My brother like to catch garden snakes. My mother put her foot down about that when one got loose and curled up around her mixer in the kitchen. We captured caterpillars and kept them in a shoebox with plants they like to eat. One of those got loose and made a chrysalis on the handle of the pencil sharpener in the kitchen. Amazingly it remained undisturbed until it became a butterfly. Looking back, my mother was incredibly patient with all of us 5 kids and our shenanigans!

It sounds like our childhoods were quite similar, Judy. We didn't have bikes and skates - but when I was about 10 (I think), we got our first horses. So a good part of our weekends were made up of saddling up, whistling for the dog, and heading out for a few hours. And Pony Club every Sunday. I think these things built resilience, self-determination and discipline. We also had restrictions around TV - only allowed to watch the public broadcaster, good quality shows, and only watching it in the evening.
And didn't get a colour one until the 70's from memory! Books were a huge part of our childhood as well. It's what we spent our pocket money on. Not to mention weekly visits to the library - which for one town that we lived in meant the mobile library! (❛ᴗ❛)

We had toys, but most of them were things to do. We had bikes and skates for outside and some board games and playing cards for inside. We didn't even own a TV until I was almost in junior high, and then we weren't allowed to watch it except on the weekends. We had lots of books and made up running and chasing games for outside - two of my favorites were "Ghost traps" and "Wild Horse Canyon." My mother used to tell us that people with brains didn't get bored because they could always think of something to do.

I don't remember having Lego either, Lillyjean. I vaguely recall wooden blocks, and cuisenaire, which was more educational I think. We didn't have super traditional toys - my parents kept it pretty much gender non-stereotypical.. I remember getting a tool kit one year - with saw, hammer etc. And now I think about it, we didn't have loads of toys at all. I remember being encouraged to play outside, and "use our imaginations'! I often think back on it, and think we had a great childhood. (❛ᴗ❛)

I liken it to playing with Lego blocks, a lot of fun. Thanks so much for taking me back to childhood although Lego wasn't around when I was child, it was just the wooden blocks. I always said when my boys were young it was the Lego that kept them amused the most out of all the toys , that and the matchbox toys.

That's lovely to hear, kajdoule! I'm happy that you had such a nice time with this one. Thanks for letting me know too. (❛ᴗ❛)